"Why Is Russia so Damn Big?", according to Johnny Harris 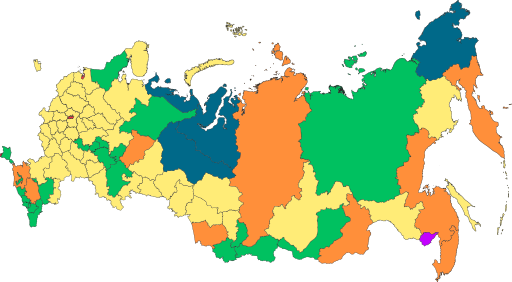 Johnny Harris, now with a rather large independent journalistic video channel, talks about a lot of subjects we should know more about.

The original founding of “Muscovy” had a lot to do with pushing back the Mongol invaders, beyond a mountain border the Urals (remember the intermission of “Dr. Zhivago” in 1966/)

Later czars (starting with Ivan) just wanted to go past the Urals because too porous in the South, so they gradually infiltrated the lightly settled tribal areas in Siberia and “invited” the tribes to join. Eventually, they took Alaska, which the US bought for a steal in 1867.  What if Russia tried to take it back?  (the 1982 TV movie “World War III”).

Harris mentions that Russia is divided in 22 republics, many of which are almost autonomous except international affairs. So Russia is a federation, not a unary state like China.  That contrasts to the USSR which added 15 other semi-autonomous “Republics” which were unloaded into the CIS when the USSR broke up at the end of 1991. Particularly visual is is coverage of Sakha and icebox capital Yakutsk, with all the diamond sinkholes in the permafrost (which if it melts means a catastrophe for global warming).

He mentions Chechnya and barely notes the serious problems there (not explicitly mentioning the extreme fanatical homophobia) and also the Navalny case.

Despite its decentralized nature, Putin is trying hard to repopulate Siberia and is very sensitive about low birth rates, which probably explains the Russian anti-gay propaganda law of 2013.