"He Took His Skin Off for Me": body horror seems to be a curious genre for short film (at least in the UK) 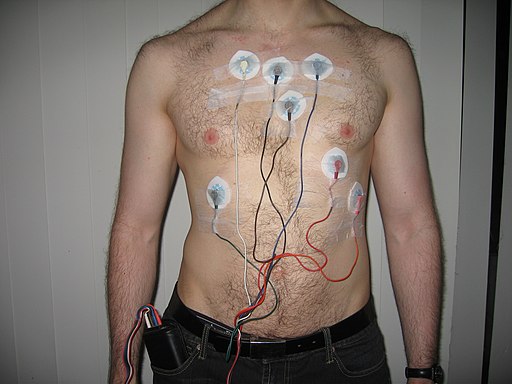 “Short of the Week” (with Cungkeel Pictures) presents “He Took His Skin Off for Me”, from a London Film School, directed by Ben Aston, story by Maria Hummer, with Sebastian Armesto and Ann Maguire, a genre of film called “body horror”.

The title reminds me of the 2021  Oscar nominated feature drama “The Man Who Sold His Skin” (review), to tattoo.

As the 11-minute film starts, the man simply peels off his skin in front of his girlfriend, revealing bloody tissue which contaminates everything in the flat, even though they sleep together.  Don’t worry, he didn’t have any body hair to lose anyway.

But the film reminds me of an incident in Ohio where a Chinese-ancestry township councilman suddenly took off his shirt and revealed the military service scars to his chest to make an indirect comment about anti-Asian violence, and someone railed at me in a Facebook message for thinking that doing that without warning in a public meeting was “bizarre”.

Willingness to retain intimacy with people with disfiguring loss can be morally challenging.  The idea even came up in my therapy at NIH in 1962.

On the other hand, maybe the girl in this movie sees disfigurement as a fetish.  There is a hint that it may happen to her.

Although the film was recently posted, it seems to have been made a few years ago, as there is this explanation of it by another film guru.

Just to be weird for this review, I embedded a Wikipedia picture of a Holter Monitor on a male (click for attribution).  The picture has been there for some number of years.