Direct link to play on YouTube.  Note the embed gives you this (image). 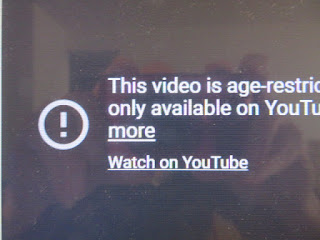 China has indeed hastened on its end of the bargain of “one country, two systems” as in the past few years it has cracked down on criticism of China and of pro-democracy for Hong Kong, particularly with the massive protests in 2019, just before the pandemic.

The film traces four young men who have emigrated and sought political asylum in Britain (as Hong Kong was at one time a crown colony).  One of them, in particular, has no employment and seeks income from a blog (no link given).  They could face danger from hits from China (that’s more common with Putin and Russia). The UK used to extend just six months of asylum but now it is essentially five years.

YouTube places the video under age-restricted community guidelines, despite the absence of sex and minimal violence (in a few demonstration scenes), maybe because of political sensitivity.  You have to be logged on to your Google account to watch.  I've embedded an explanatory video from Vox from 2019 on the overall situation.