"Spassk-Dalny", what far eastern Russia looks like (near the Pacific Ocean, China and North Korea) 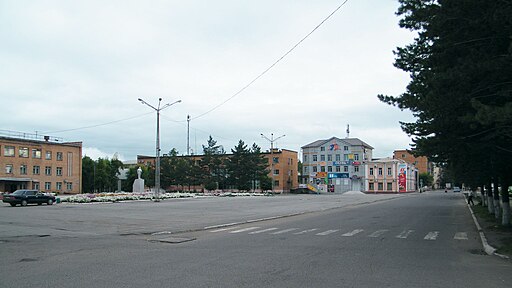 The “Yeah Russia” channel offers a 17 minute video “Life in a Small-Town in the Far East of Russia”, mainly Spassk-Dalny, filmed by Natasha. It is spelled “Спасск-Да́льний” in Russian alphabet.

The town is named after an Eastern Orthodox hero, and the suffix means “far”.  It is north of Vladivostok.  (Think of the name of the chess grandmaster Boris Spassky.)

She mentions you can take a bus to China without much hassle.  But the town is not too far from the 11-mile border with North Korea that is little known, and not covered well by Google Maps (Business Insider story illustrated, paywall).

The town has a movie theater, that was open, even the restaurant for indoor dining;  the only noticeable nod to Covid-19 was hand-sanitizer in the lobby.  Russia is very unwilling to talk about Covid.

The people in the town look “white” (Caucasian) rather than Oriental, which may result from the Russian settlement policies in Czarist times and later with the USSR (including people from Ukraine).

The city has various parks and low-rise buildings with pastel colors.

Natasha says that in Russia, large cities take care of their downtowns and tend to let the outskirts stumble.