"Who Were the Neanderthals?", new documentary from DW 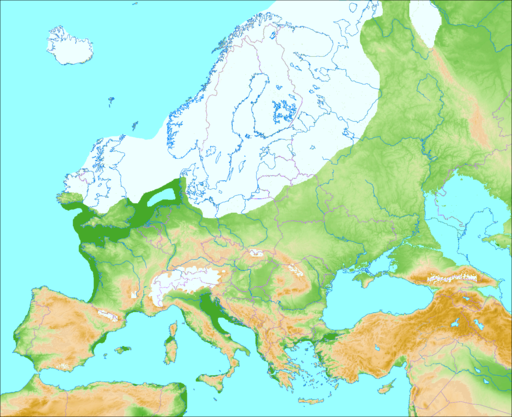 DW Documentary presents, “Who Were the Neanderthals?”, posted Jan. 23, 2021.  By Rob Hope and Pascal Coissot (42 min), indeed a lesson anthropology.

Most of the time Neanderthals lived in a colder climate than ours, even during Ice Ages.

Sea Level was about 400 feet lower than it is today.  The film focuses on a site on Jersey Island, off the coast of France, with a sea plain underwater.

Neanderthals were nomadic, carved weapons and spears for food and animals for coats.  They knew how to adapt to land they had settled in.  They would live in clans of a few families.  They had only some thousands of people in all of Europe.

They would go extinct as a separate group about 40000 years ago.

They understood the value of “population exchange” for genetic variety.

Modern humans, who were “black”, entered Europe 50000 years ago and withdrew.  Then they reentered about 42000 years ago and co-lived in the same areas and sometimes interbred.  The National History Museum explains that different species can, with some difficulty, sometimes interbreed (and still be distinct enough to be more than a race).  The Neanderthals seem to have been “white”, and simultaneously more advanced human civilization (with more intellectual problem solving ability and more language skills) started with those who (developing near the Equator) were “black”. Gradually the Neanderthals were “replaced” which sounds like a right-wing theory.  But living in a colder climate with less sun, natural selection still favored lighter pigmented skin in time, in Europe and northern Asia.  Even though humans from Africa were “culturally” superior 50000 years ago, in the next period of history, living farther from the equator and having seasons tended to encourage development of industrial technology and military superiority – hence colonialism and slavery.   Neanderthals had significant differences in bone structure, in metabolism and cellular immune function, which fit their environment.  When they interbred, some of these differences persisted and provided advantages to modern humans.  Neanderthals (“white” probably) were more different genetically from today’s “whites” than today’s “whites” are from today’s “blacks” (or other races), so skin color, in the grand scheme of things, means very little except in adapting to sunlight levels.

Wikipedia embed of map of Europe during Ice Ages.