"The Looking Planet": a teenage alien disobeys his family and changes the parameters of the new Universe and creates binary planet Earth-Moon (14 billion years ago) 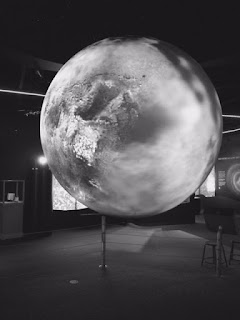 The film begins with an ode to the Earth and Moon as an unusual double binary planet, whose unusual setup enables life to grow in complexity.

So, 14 billion years ago, some spindly aliens (I will accept nothing less!) are constructing a new universe. A “teenager” wants to express himself (or their-self) by mixing dark matter with baryonic components or quarks.

Their family chides “them”, and we wind up with the Universe that we have, with a special solar system with a special double planet (although that didn't form for about 8 billion years). The film is subtitled, and I don't know if the language is made up, or a form of Chinese.