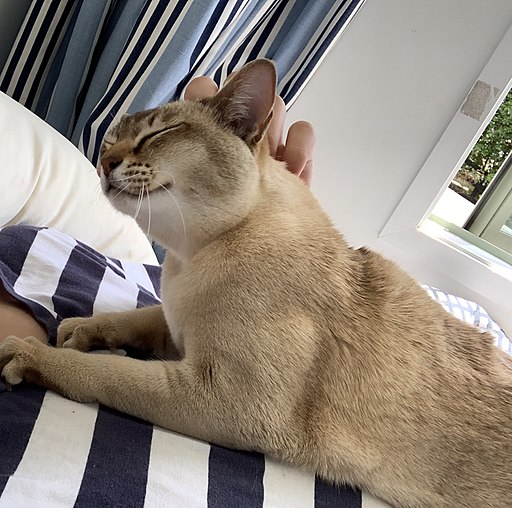 “Mr. Clinton the Cat”, computer repairman Louis Rossmann’s companion, has to be one of the most charismatic pets on YouTube.  (He has several videos of Clinton, this one is typical.)

Rossmann has three cats, one of whom was a stray who simply appeared one morning at his brownstone doorstep.

Clinton will jump in Rossmann’s lap during videos, or try to play with the mike when Rossmann is about to make a video.

He also can open catfood treats when Rossmann is out.  There are many videos of Clinton.

Clinton is very talkative.  Cats typically have a set of sounds that they relate to the owner.  A talkative cat may want to maintain dominance over the other cats in commanding his human.

I know of one person who got Covid as a grad student, and when he returned home from the infirmary, his female cat would not let him out of her sight.  She knew something had happened and would not let him leave the house. Females may believe they should be “motherly” and seem to understand that human kids take much longer to grow up than they do.