"Housekeeping": thriller short film, what you can expect in an extended stay hotel when on a business trip?? 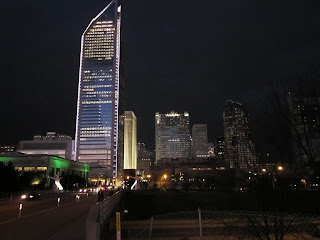 Tracy Kleeman has a short film “Housekeeping”, from Lucy Kat Productions, and a hit at the LA shorts filmfest and in New Hampshire. The film dates to 2019 (pre-pandemic).

A housekeeper (Kate Boledian) starts developing a relationship with an extended stay guest (Hank Amos), who is quite assertive and full of himself.  The room does leave some interesting clues behind, like a mini chess set, card games, and drugs. The room looks more like a furnished apartment than a hotel room (full fridge, full kitchen, etc)m separate bedroom.  I once had a place just like this in Charlotte on a business trip!

The film makes it look like the plot will be driven by gear left missing in a room.  What if I left a smart phone in my room?  In Minneapolis, I once left a UBS drive that had my backups and passwords.  I think it wound up in a landfill, but yet I changed all the pw’s when I got home (and discovered I had forgotten it).

The film has the plot device of doing “one week later” several times.

Hotel workers are generally required to be able to clean 12-15 rooms in an hour, I thought.