"2020 (A 1917 Parody)" : Two young men roam suburban Los Angeles foraging for toilet paper, out and about to protect everybody else from the pandemic and wildfires 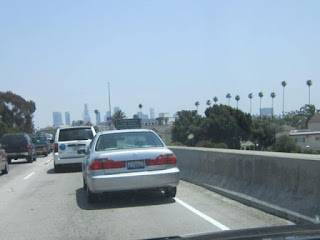 Stephen Ford’s satire "2020 (A 1917 Parody)", 18 min, from Ascender Channel, gives us Colton Eschief Mastro and Michael Liberman as two roommates not allowed to work from home and tasked to run errands for everybody else.

This schmalzy music score was adapted by Jim Grimwalde from the score to the “1917” movie by Thomas Newman.

In a Los Angeles suburb, the young men dodge wildfire sparks and drones sent by police enforcing lockdowns.  They’re on a mission for toilet paper.  But they wind up making to a protest, which is still assembling despite the cops.

A real lockdown that was absolute probably would close a lot of Internet sites, too.  That’s something nobody has thought about.

There is a minor car wreck and one of the guys gets spat at with mask off, and presumably infected.

The film is supposed to be in the continuous shot style of “1917” and was difficult to make, took three months.