"The English Teacher" (short): a teacher is invited to tutor an immigrant hiding a tragedy 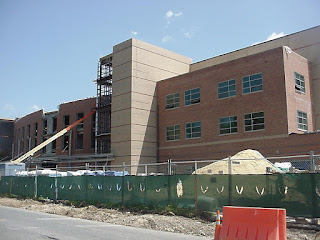 “The English Teacher”, posted in May 2020, 12 minutes, is a new short film from (Vietnamese I think) director Blake Ridder.

Blake plays a young man who purports to need to learn English to pass a citizenship exam in the UK.  He contacts a (white) widower Robert Brammel (Louis James) who offers private English tutoring to immigrants.

When Brammel arrives at the immigrant’s flat, the lesson goes well enough even if awkward.  There is a disquieting discussion about payment.

Later, at home, Louis gets a “.mov” file sent to him on Microsoft one drive (which I have never used  to share videos privately, but it can be done – I am more used to Google drive).  The video is a “movie within a movie”, an embed or backstory, and contains a confession.

There had been a hit-run bike accident that killed Louis’s wife (Sophie Cardona).  It is even possible it was the cyclist’s “fault” (riding the wrong way, when drivers don’t have time to see them at intersections).