"Portraits and Dreams": a record of Kentucky coal country in pre-digital amateur photography 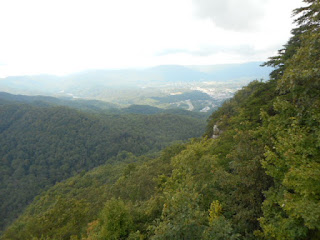 This episode was advertised as a POV TV episode and film both, and appears to be complete.  It is directed by Elizabeth Barrett, Wendy Ewald, and Robert Sayler.

The film examines some rural Kentucky families, largely in the coal mining area (hint, probably Trump supporters in 2016) whose grownup had, as kids, learned manual photography back in the 1970s and how to develop their own pictures, in the time well before digital photography.

Some of the pictures are touching, as of a boy who would commit suicide.

Another sequence describes a family that became homeless and begged for places to stay and actually found neighbors to take them in.  But they had the pictures.

A lot of people are living in rural shacks or trailers having lost jobs or fallen into ill health in coal country. Almost all are white.

In those days, it was common for people to buy cartridges of 27 frames at pharmacies and send them out for processing.  That remained common until a few years ago, and eventually pictures were usually put on CD’s.

But there were earlier cameras, like the Brownie Hawkeye, of the 1950s.

There was one sequence that showed the scenery around Cumberland Gap, which I visited in August 2016.