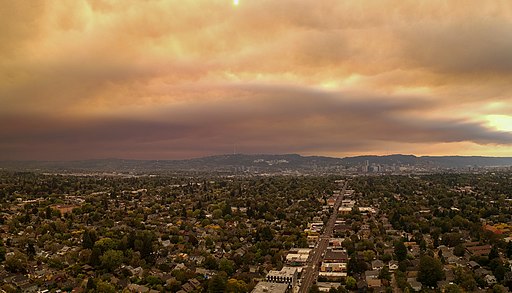 Ethan Lusby, an 18 year old adventurer, has a channel called “Van Life”, and the latest episode is “Escaping the Wildfires in Oregon: Vanlife Update”.

He woke up at 4:30 AM in a trailer park and could smell the smoke, and drove away from Oregon, toward California, and got to safety.  He had to get gas in a station running on a generator without power.

It will be interesting to see if he reports further on the wildfire catastrophe in northern California and the Pacific Northwest (which should have some rain).

Ethan, in other videos says he is gay.  Right now, he travels to outdoor areas alone with his dog, and seems to be making YT a business.  His speech manner is gentle.  He is quite accomplished at outdoorsmanship and backpacking, and at some athletic skills like diving and swimming in natural environments. He is much better at this stuff than I was at his age (which would have been 1961) and that really matters to me now.

I hope Ethan can provide more reporting on the wildfire crisis!

Picture: Portland after during wildfires, unclear if the smoke will stop the protests for a while