"Did We Just Detect Life on Venus?" Well, the atmosphere stinks (with phosphine) 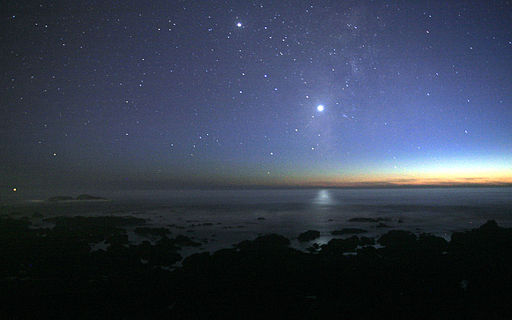 “Did We Just Detect Life on Venus?”  Well, maybe.

Cool Worlds explains how Venus may have had water on its surface until 750 million years ago.  Then some massive volcanic event resurfaced the planet, so this doesn’t seem to have just been global warming. Since Venus doesn’t have plate tectonics, it had no other way to vent its internal heat.

The announcement was based on the discovery of phosphine gas in the high atmosphere, where bacteria (extremophiles, able to deal with an acidic environment) had bubbled up billions of years ago.

National Geographic maintains that on rocky planets phosphine is made naturally only by biological processes.

However phosphine is made deep in the atmospheres of gas giants like Jupiter.

Picture: Venus near the horizon (Wikipedia embed, click for attribution)