Will the big cinema theater chains come back after the pandemic? News about Sundance 2021 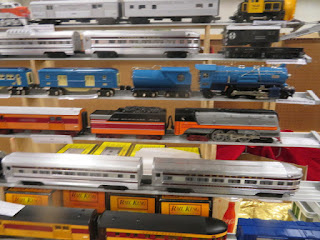 Will movie theaters come back?  Will larger films still continue to be made? (Yes, right now I hope to see “Tenet” in late August).

Alamo Drafthouse (Austin TX) has a complicated statement you can read.  I guess they aim for about Aug. 1 reopening in many areas.

Variety (Brent Lang and Elaine Low) talk about theater debt on Variety.  I haven’t tracked how well AMC Theaters is doing with its debt, but we’ll hear in due course.

(CNN video: Will People Go Back to the Movies after the Pandemic? June 2020)

I will soon look for a drive-in experience and report on it.

I think that this raises good questions for people with screenplays they want to pitch or sell.  Maybe Tyler Mowery of Practical Screenwriting will talk about this in a video soon.  It also raises interesting questions for documentary.  For example, I can imagine Ford Fischer (who already has a project called “Trans Human”) editing a documentary feature (or maybe something like a Netflix series) on protest movements. (Title it just “Protesters”) based on News2share, Zenger, and other related video.

There are plenty of smaller films, including controversial documentaries, being offered by many theater chains online, and especially by smaller independent theaters like the Avalon in NW Washington DC.  Most screenplay projects are probably for “subject matter specific” micro-dramas that aim for the indie market.  But will the crowdfunding or investor money be there for online only?