"We Are The Radical Monarchs": documentary explores a POC group for girls in Oakland, and it is frankly identarian 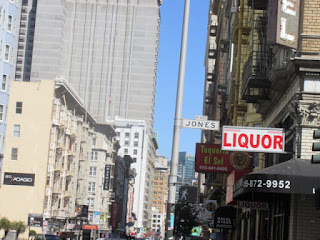 “We Are The Radical Monarchs”, directed by Linda Goldstein Knowlton (82) aired on PBS POV July 20, and had been an official selection for SXSW in 2019.  The production company is Ladylike films (like when they talked about Ronald Reagan in Christopher Street mag, “however ladylike his gams” in “Joh Loves Mary”).  The original film was produced with Latino Public Broadcasting.

The film documents a group of young girls of color in Oakland CA, who sound like a more “radical” version of Girl Scouts or, particularly, Camp Fire Girls, which my own mother belonged to in the 1920s.

In an early scene, the girls are in a classroom and talking about Pride month in California.  There are questions about gender identity, and what “queer” and “gay” mean in children’s language.  A trans person does give a presentation.

The film picks up some speed as history progresses, and the group faces Donald Trump’s 2016 campaign and then life after his election.  They definitely see the world through an identarian lens, to be proud of being a (particular intersectionalized) POC group rather than just striking out on to the world on your own.  Doing the latter may indeed much be harder for members of marginalized racial groups (black and Latino and not gender binary) than for not only whites (this includes Judaism and much of Islam) but also many people from East Asia or from India.

At one point a teacher instructs about the value of the Black Panthers in the past and then what has been lost from their legacy.  The film moves on to support of the modern Black Lives Matter, and a presentation of Trump’s alleged hostility to their groups.

The film ends with a graduation ceremony, which seems to mock a real one.

Oakland neighborhood (Wikipedia).  My own picture is the Tenderloin in San Francisco, 2018.