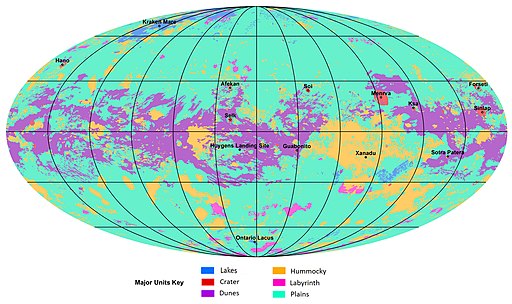 I keep up with Petrov’s video series (“Hello wonderful person”), which he says he broadcasts from South Korea (he was in quarantine at one point) because he covers stuff relevant to my screenplay and novels.

The scientist explains that Titan’s orbit is getting larger a few centimeters every year, and that Titan has tidal pull on Saturn’s atmosphere.

He discusses the tendency of the hydrocarbon lakes to fill near the poles but they make be evaporating from basins near the equator.

Most of the solid surface is a kind of grainy ice.  Pictures of its surface amplify the light so you can see what looks like a twilight.

Petrov also mentions the circulation of methane, with some odd observations that may suggest life. Maybe something like a slime mold on Earth, maybe. A blob.