"Something for Love": when cell phone messages match glances on the street 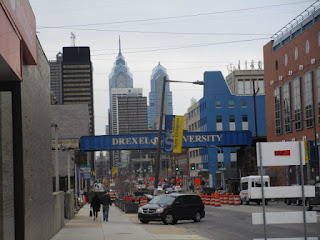 “Searching for Love” (Oct. 2018), is a nice 11-minute film by Ed Fritz, from the “good old days”.  A young man (Max Claude as Adam) searches for love by trying to match chat messages on his phone to his own photographic memory of “glances” from the past.  How often do you think someone you see in an ad or gay film is someone you’ve met?

The last part of the film turns into serial speed dating in a café and is less than impressive.

I think the film was shot in Philadelphia.

It is listed as age-restricted (but there is little that is explicit).  The central character is a “stereotyped” blond white guy, but at least one of his intimate partners is a POC.  I don’t know if that’s politically correct.

Since Blogger prefers you not embed age-restricted films, I’ll include a bonus:  Sam Cushing, gay gymnist and pianist (I think in Chicago) talks about his future in challenging times.

But I know that a lot of people will say, well, yes, young affluent gay white men living alone are ironically the safest (and luckiest) population right now. It’s easy to stay out of trouble.  Some of them say they are trying to help businesses figure out how to rebound from the pandemic and that is the most charitable thing to do – help small business.

Picture: Philadelphia, near 30th st station, March 2018, mine (on the way to a cybersecurity meeting).
Posted by Bill Boushka at 3:20 PM