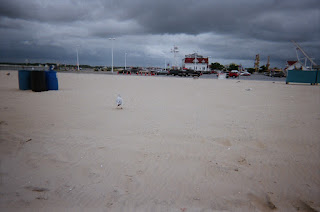 Here is a bizarre short film from Spain by Erik Woolcott, “Leviathan”.

A man (Gilberto Nue) looks at his late father’s effects, and his crude but dangerous “mad scientist” experiments (maybe “gain of function”?)

The effects are manuscript scrapbooks, especially bizarre abstract drawings, and a cigarette lighter, that seems to have magical properties.

Although I am sympathetic to the idea that a person’s unpublished manuscripts can unveil terrible secrets (that’s an idea that drives much of my own novel), I couldn’t really tell where this was going, except to catastrophe for the son.