"The Shadow out of Time", adaptation of H. P. Lovecraft's 1936 novella about "becoming" an alien 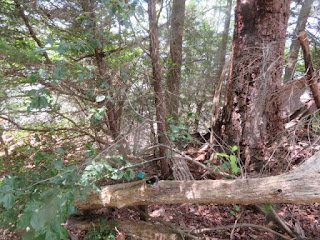 Bluworm and Millroad Film present a 14-minute short film, setting of H.P. Lovecraft’s 1936 Novella “The Shadow out of Time” with Ake Rosen as the protagonist, adapted for film by Richard Svensson and John Hutch narrating.

In the Depression era, a literature professor collapses, and soon finds himself living lucid dreams as a kind of alternate reality as a Yith, an alien race that had inhabited Earth in pre-history. He finds he has the body of one of these creatures.

When he returns he eventually journeys to the Australian outback and finds a cave with artefacts of the aliens, and is drawn into becoming one of them again.

Ever wondered if it makes sense to ponder waking up and finding you have someone else’s body, maybe someone much younger and can start all over again?  Of maybe your life becomes a review of previous days in your own life while you are the observer having his body?  Could a virus have transferred your consciousness to him, and now you live only through him?