"The Masque of the Red Death": Poe's story, and Vincent Price, all prescient of today's pandemic and the social inequities 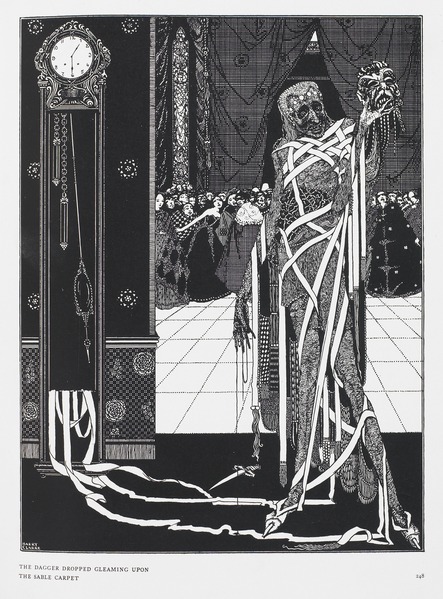 “The Masque of the Red Death” was a famous short story by Edgar Allen Poe that we read in junior English.  While a plague ravages the peasants, a feudal noble sets up a scheme to trap the virus metaphored as a kind of ghost who may appear in each of seven different colored rooms.  In the end, the phantom is a shell and the disease enemy cannot be scene and the nobleman who hosted the event (Prospero) perishes, as he deserves.

There have been two films, 1964 and 1989, but the first one is far better known. It was directed by Roger Corman and stars Vincent Price as the Prince Prospero, and released by American International (of course).

The movie is a bit more complicated than the story, with clothing colors mapped to room colors, and more involvement of “the proles”.

The title is ironic today because the emotionally charged “wearing a mask” issue for Covid-19, but in earlier times it was common, even at balls and parties, as disguise.

I think I saw this in black and white on a series called “Chiller” in the 1960s.

You can click on the drawing for the story for Wikipedia attribution (embedded, p.d.)