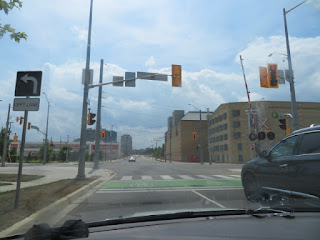 “The Beauty of Not Belonging”, by Eizelganger (6 minutes), is this holiday Sunday’s appetizer.

The speaker, who filmed this meditation in late fall in the Netherlands (rural areas) with early morning frost, believes love is more “universal” when not tied to a group, and that outside of a herd one has more freedom.  He describes the “sigma male” (or “sigma female”, he didn’t recognize non-binary) as the individualist who does not affiliate with one tribe or minority for its own sake.  (Example:  Tim Pool.)

Of course, he contradicts Martin Fowler’s “You Always Belonged and You Always Will: A Philosophy of Belonging” (Books blog, Aug 27, 2014).

I have a bonus short to discuss today (which is really like the main course, with no dessert).  It’s a 48-minute video on the Instagram account of “TheJohnFish”, a popular college YouTuber.  The official title is “Shaving My Head”, but really, he got only a buzzcut (like an Army Basic hair cut the day you go in), from his brother (I think), in Ontario. I had one myself as a teen (we called them "crewcuts" in the 1950s when they were very common).  No beanie cap (like Tim Pool's) became necessary (although I had been expecting it.) 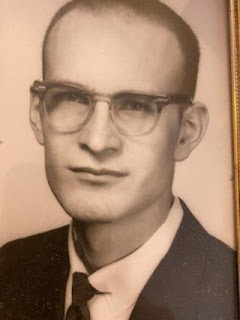 To view the Instagram video (not embeddable), you have to have an Instagram account and be logged on (with the same device).  You can view his YT video from May 23 (at the very end) for context.  This was a fundraiser for “Give Directly”, a charity that gives to individuals in need (Vox has recommended it before).

This one was pretty innocuous.  The Westover Market and Beer Garden in Arlington VA used to have (on its outdoor patio) some “Be Brave and Shave” parties as benefits for cancer patients (“BillBoushka” blog, Aug. 26, 2014).  Personally, I don’t take violating your own “body sanctity” for the sake of making others “feel all right” is particularly desirable – although this is a very loaded and sensitive subject.

There is some material about this in my books, particularly Chapter2 of the DADT 1 books, about the banter that went on in the barracks in 1969 when I was in the Army. There was a saying “The razor is the great equalizer” (here, “The Barber Is the Great Equalizer” although that didn’t really happen, and is pretty much stalled commercially by Covid.) There is also the matter of the “Tribunals” (hazing) in Chapter 1 (this goes back to 1961 and wouldn’t happen today).  You can visit ASMR Italian and Turkish barbers on YouTube ("no talking") to your hearts' content.

In any case, the woman in the video made some challenges, offering $1 million in charity donations for bodily shame that “real” men normally find unacceptable. (She mentions tattoos, but they don't happen, at least in sight.) Straight women do that. John was safer wearing a dark t-shirt, not something with buttons.  He drew a cultural line at really playing Samson (I guess I should listen to Saint-Saens's opera soon.) When I was dating women (in 1971) before “my second coming”, well, “they” wanted me to wear beads and become a hippy to cover up my physical and esthetic bodily shortcomings.

The family dog, by the way, pretty much ignored the ceremony (in a back yard).  A cat would have tried to get into the movie.

Boy, all of this is enough for a real short film, isn’t it, and it would raise eyebrows (before they got shaved) and get into Sundance (online in 2021?)

John has said before he was working on a book on the “attention economy”.  The latest video is far away from that, but I hope the book is forthcoming.

Picture: Waterloo, ON, I was there very briefly in July 2019.

First, Facebook this morning told me about concerns over evictions (in Maryland) that might happen soon, so Give Directly must have many clients right away, to keep people in homes, despite all the stimulus package rules. I also wanted to reinforce the concern, young adults who get exposed and then develop antibody with few or no symptoms may be running into this severe autoimmune reaction being reported increasingly in the media (many more in younger children -- this really needs to be followed). We don't know for sure if vaccines could produce this problem, or if people who recover quickly could face long term consequences we don't know about yet, like maybe sterility (the male reproductive tract has ACE2 receptors), cellular immune issues (there is concern parallel to HIV about infection of some T cells), maybe even bizarre stuff like alopecia universalis. This virus keeps on showing new tricks that seem to come out of science fiction novels (maybe some of them are in "The Stand" or "Contagion").

The video says that GiveDirectly (as do other nonprofits) encourages certain content creators (esp. on Instagram here) to run these. You probably need some sort of record of building an audience with engagement (as on YouTube) for this to be effective.