"Silent Running" (1972 film): No, you can't keep all the Earth's flora in a series of O'Neill Cylinders orbiting Saturn 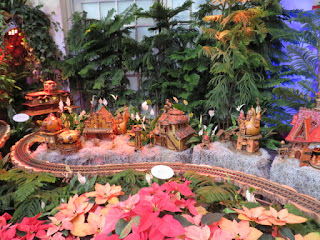 The premise may seem preposterous. The Earth has become the usual dystopian wasteland, and all the flora are in a space colony (not exactly an O’Neill Cylinder). They are domes in an orbit around Saturn (although Titan would be nearby).

The film is short for its kind (89 min) and was available in wide-screen formats.  I vaguely remember seeing it in a dollar house, I think, near Bailey’s Crossroads (where I live now, ironically), during a period in my life when I worked for the Navy and had returned to the DC area.

Picture is from the Botanical Garden near the Capitol, Washington DC, late Nov., 2018