"Eating Up Easter" on PBS: residents use ingenuity with recycled materials to build a new music school 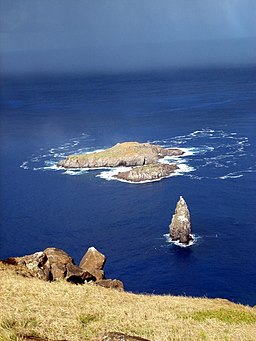 “Eating Up Easter” (2018), directed by Sergio Matu’u Rapu, written by Liz Kaar, written by Elena Kouneski Rapum with Mama Piru, from Kartequim films, was aired in abbreviated form on PBS Independent Lens on Monday Memorial Day, May 25, at 10 PM.,  The original film runs 77 minutes;  it ran 53 on PBS. I think PBS should present the entire film.

The people living on Easter Island now deal with tourist excesses and wastes, recycling material to build new homes and spaces by hand.  Many of the people make business trips to Chile mainland (Easter Island is part of it) and Argentina for resources.

Much of the storyline concerns building a music school, and this reminded me of “The Mission at Belize”  (Drama blog, Nov. 4, 2012 post).

The documentary mentions a 1994 film “Rapa Nui: Legends in Stone”, named after the Polynesian identification if the island, by Kevin Reynolds, with Kevin Costner and Jason Scott Lee, about two warring tribes in the past.  Misuse of the land did lead to population decline (it never disappeared) but so did foreign invaders and exploitation.

Picture: from Wikipedia, click for credits, was an area used by a cult in the past