"Daily Life in Ancient Egypt": first in an animated series by New Historia (Egypt had no currency system) 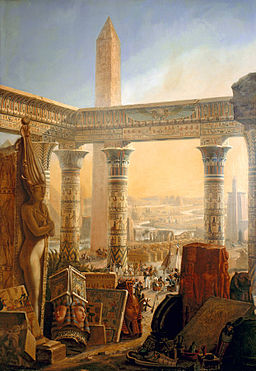 “Daily Life in Ancient Egypt” from New Historia, seems to be the first in a series of documentaries (about 20 minutes each) on life in ancient cultures, with 3-D-like animation.

Egypt, more or less the time of Exodus, had three classes: the royalty, the free people (most of whom were farmers) and slaves or serfs.

The film described the three seasons based on the flooding (leaving silt), and ebbing of the Nile. Farming was structured by family units and involved enormous manual labor.  Irrigation was achieved with simple machines (that needed manual operation).

The houses tended to have about 4 rooms, and the diet centered around grains, some fish or birds, and many fruits.

An interesting feature of Egyptian society is that it did not have a currency. The economy was all barter. Money did not exist until Greece. On the other end of things, advanced civilizations in the Galaxy are likely to have discovered blockchain and have digital currencies.