"Admirador Secreto": a young women questions three young men who sent the love letters, or were they even intended for her? (Spain) 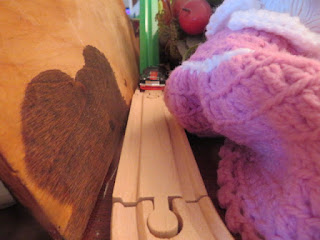 A young woman brings some letters into the living room to three young men sitting on the sofa, all from an admirer.

At first she suspects the author is one of the men. Then she had to deal with the idea that the letter was intended for one of the men (the guy who had shaved his legs, well, maybe he’s a competitive biker).

I can recall an episode in the 1950s sitcom "My Little Margie" called "The Unknown Admirer" where the elderly Mrs. Odetts got love letters.