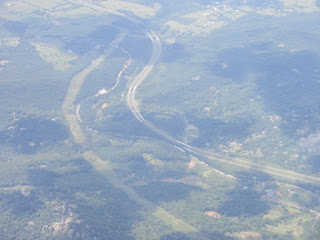 “1985: The AIDS Virus: Patient Zero” (2016) from the Documentary Channel, 8 min, tries to trace the origin of HIV (or HTLV-III) and the AIDS epidemic among gay men in North America.  The first cases of Kaposi’s Sarcoma, and then Pneumocystis pneumonia, in this cohort were documented in the press from the CDC in the summer of 1981.

People today don’t remember what things were really like then.  The number of reported cases was doubling every six months. By the mid 1980s, people whom I knew personally in Dallas were showing up in forums with forearms shaved from a couple weeks of IV mainly for pneumocystis.

Politically and prospectively, the consequences seemed dire.  Reagan at first was indifferent (although the cause was announced in the spring of 1984 and a test in 1985 – with activists retorting “don’t take the test”). In Texas, as early as the spring of 1983, a very dire anti-gay extension of the sodomy law was proposed on the theory that the gay population could incubate a disease the speculatively might be spread by insects later (mentioned in the documentary).  Even the New York Native, Charles Ortleb’s paper, played up the Plum Island and arbovirus theory. Fortunately it didn’t go that way.

The film focuses on the history of an Air Canada flight attendant, Gaetan Dugas, said to have had over 2000 sexual partners in the few years preceding, who would get KS.

There was some theory that the virus came into the US in the summer of 1976, when “The Tall Ships” (which I attended) celebrated the 200th anniversary of the US in July on the Independence Day week.

Randy Shilts had documented these theories in his book “And the Band Played On” which became an HBO documentary. Later “The Normal Heart” became a major film and play.

Health insurance funding for these treatments could be a political issue with “Obamacare” reform, and public health concerns leads us to hope that they are covered.

But there are theories that AIDS may have occurred sporadically as early as the 1950s or even 1920s, but never ignited (in times of more strict social mores).  But it is also true that it exploded in low-income heterosexual populations in Africa in the early 1980s, and was spread by untested blood transfusions and by the birth process.

It is thought that the virus might have spread from primates to humans in Africa in remote country by eating infected primate meat, which would not be acceptable in advanced countries today (New Scientist).

A 2014 article in the New Republic examines why the virus hit American gay men so hard in the early 80s.

But personally the real kicker is that, on December 9, 1960, one of the other Science Honor Society speakers (in my own basement) discussed “lysing leucocytes” in a project that seemed prescient in announcing that a disease like AIDS would some day appear.