"Gay and in Love at an Evangelical Christian College", from New York Times op-docs 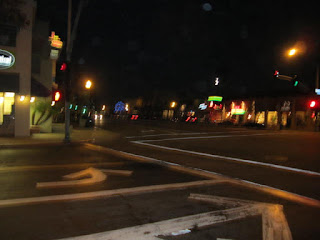 The New York Times op-doc offers this 17-minute short film “Gay and in Love at an Evangelical Christian College”, directed by Jared Callahan and Russell Sheaffer.

Santiago Gonzalez IV and Austin McKinley are the two characters, and the narration is through Santiago’s (first person) voice.   Aaron Michael composed the music.

Santiago says he is of Mexican descent (apparently US citizen) and Latino, but he looks white and speaks with no accent. This is very common. The two men will graduate soon from a small college in San Diego.

Santiago ponders inviting his parents for dinner with his lover or intended husband, and his parent have said they love him as a son but will try to convince him to renounce his identity. Santiago talks about the tribal nature of his culture and that members of the group expect to count on all young men to join in on strengthening the group, including protecting women and fathering and raising children.

The idea that everyone can count on this reinforces marriages within the tribe.

Santiago talks about “truth” like a “feminine” in Rosenfels terminology.

The film on YouTube shows on extremely wide screen, with one-third of the width of the picture often showing a second image.

Annapurna pictures makes some of the NYTimes short film documentaries;  I don’t know if it is part of this one.  The photography is extremely professional and sharp and the film may be intended for a 360 virtual reality device.

Picture: San Diego at night, near gay bars and University Blvd, my visit, 2012
Posted by Bill Boushka at 3:05 PM