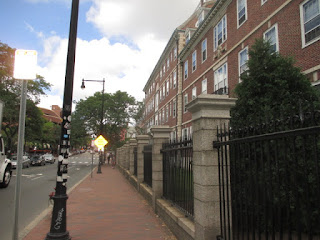 It’s on a short film channel of Alex Cohen, writer and director.

There are battle royales galore with a lacrosse raquet.  In a couple scenes Ben’s handsome character just seems to be cruising.  Or you could think of the men as like tomcats just chasing their share of the food. Humans are primates, are mammals, are animals, and they can’t make their own food.


The woodwind music score is by Harvard percussionist Grant Hoeschst; it is lively (often in a 6/8 tarantella-like meter) and accessible, and tonal (which is unusual these days).

Somehow you think about the days when Mark Zuckerberg invented “The Facebook” on campus.