"If Titan Were a Moon of Earth", and the same for Europa; remember how "2010" ends with a leprous Jupiter blowing up 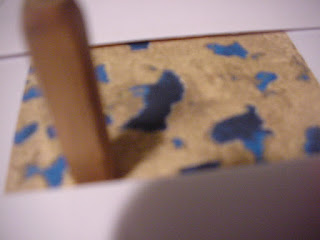 “If Titan Were a Moon of Earth”  is a nice little short film (4 min) by Dreksler, imagining what would happen to Titan (the largest moon of Saturn) were moved to an orbit similar to our own Moon.  It might become habitable, after the hydrocarbons evaporated and the ice melted.

The only thing is that Titan is a pretty interesting place where it is (or "as is", as realtors say).  It does have a subsurface ocean under the ice (like Europa), which could give it another place for life, in addition to its hyrdrocarbon-lakes surface.  Maybe good for some pretty interesting alien politics.
There are similar hypothetical videos by this publishers, including “If Europa Became a Moon of Earth” here. Remember that Arthur C. Clarke's  (MGM, director Peter Hyams) "2010: The Year We Make Contact"  (1984) imagines Jupiter becoming part of a binary star and Europa becoming a habitable planet to be left alone. (We're seven years late already.) 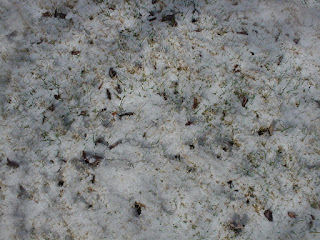 Posted by Bill Boushka at 10:42 AM No comments:

"What Happens When You Die?" on Strange Mysteries 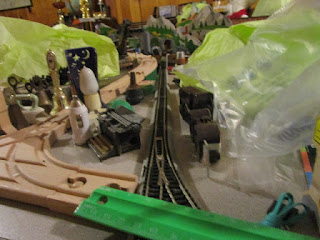 Here’s a “Strange Mysteries”, “What Happens When You Die?” with Nathan, a little longer than most of them at 14 minutes.

The segments (five of them, as with all films in the series) talk in some detail about other concepts related to the end of life and what happens to your consciousness.  These include microtubules, the substance DMT manufactured in your pineal area that seems to connect to other realities (it’s illegal as a substance).  There is also the “life review”.

The film does have a lot of attractive graphics and images of attractive people. (See related film May 15.)
Posted by Bill Boushka at 9:26 PM No comments: 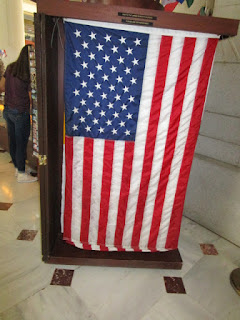 This short film was embedded in a (conservative) Intellectual Takeout article reporting that early half of all Republicans want to repeal freedom of the press, and that many people want to close down media outlets that report fake news.

The ignorance of much of the American public, especially Trump’s base, about the First Amendment, is rather shocking.  So is the desire to be protected from offense by “safe spaces”.
Posted by Bill Boushka at 6:53 PM No comments:

"Shalom Italia": three brothers revisit a cave in Tuscany where they hid out during the Holocaust 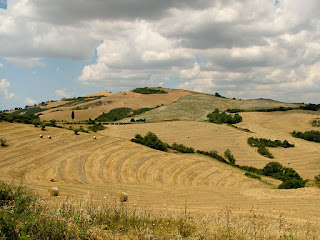 The film shows three Italian Jewish brothers, now in their 80s, who revisit an area in Tuscany containing a cave where they hid during the Holocaust.

They stop at a rural home for dinner and recount memories before finding the actual remains of the cave.

They note living on one or two sardines a day, and developed allergies to it. Family members would go into a village and sell silver pieces to buy them food which was snuck up to the cave.  This was a story of survival.

At the very end, the brothers go back to a desert area in Israel, maybe near the Dead Sea.

Posted by Bill Boushka at 9:20 PM No comments:

"In the Mind of Plants": can plants "think" and do they have some level of deliberative consciousness? 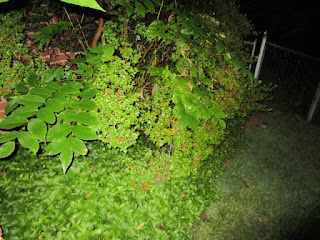 “In the Mind of Plants” (2016) is a 50-minute documentary by French documentarian Jacques Mitsch, narrated by  Sharon Mann.

The film starts with die die-off of certain herbivores in northeastern South Africa, when they consume the leaves of a certain bush that has developed unusually high concentrations of tannic acid, which compromises the digestive systems of the animals.

The film looks at how vines of the pea plant (or wild grape) finds surfaces to warp vines around, but growing stems at a fractally lower rate on the concave side.

BIt also looks at how some carnivorous plants work (indeed, “Plants Behaving Badly” from PBS).
Finally, the documentary looks at how the cells of the root tip of most seeded plants have certain chemical messengers resembling those of animals’ central nervous systems, which may explain how plants root themselves.  It could also help explain how some small wild cherry trees near a house are hard to eliminate just by cutting them off.

The film shows botany conference in the mountains in Solvakia.
The YouTube copy had 20 extra minutes at the end with some repeated material from the documentary.
Posted by Bill Boushka at 5:49 PM No comments:

"Why the Ocean Is Getting Louder", especially for marine mammals 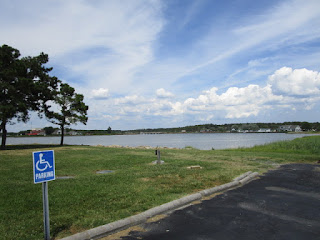 Today, Ezra Klein of Vox Media posted a link to a 10 minute short documentary film by young reporter Dallas Taylor. “Why the Ocean Is Getting Louder”, link .

Taylor says this is his first time scuba diving ever, but gives an impressive “Al Gore-like” presentation of the inconvenient truths about the science of ocean sounds and how they can affect animals, most of all marine mammals like whales and dolphins.

Searching for fossil fuels creates some of the loudest blasts.  There were studies of ocean health after 9/11 when flights stopped and other activity in the North Atlantic stopped. Trump’s increase in offshore drilling was mentioned.

Picture: Crisfield, MD (mine, recent)
Posted by Bill Boushka at 9:27 AM No comments:

"Proxima B: Our First Step Beyond": fascinating short about what may be our closest habitable planet (not counting Mars, Europa, Titan) 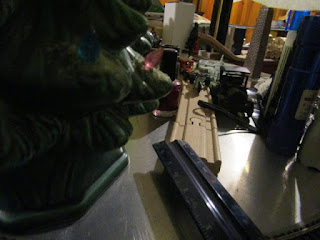 “Proxima B: Our First Step Beyond” is a fascinating 23-minute documentary by Parallaxity presents the only recently known possibility that we have a habitable planet, somewhat larger than Earth, circling Proxima B, the closest star.

Proxima B is a red dwarf, connected distantly in a multiple system with Alpha Centauri, a binary system of 2 sun-like stars, but right now Proxima B is slightly closer (at 4.2 light years).

Any planet is likely to be tidally locked.   If in an elliptical orbit, it could have night and days each about 11 “days” long or it may have one side always facing its sub if in circular orbit, with a habitable “twilight zone”.  It would need a strong magnetic field to resist the red dwarf’s coronal mass ejections, but it is possible that convection in its core could give the planet such.  The greatest danger might be runaway greenhouse effect if there were too much carbon dioxide or hydrocarbons.
Plants would probably absorb all light and look black.

There is a Russia businessman, comparable in wealth to Elon Mush, who claims he can fund a light sail spaceship to reach the planet in 20 years. 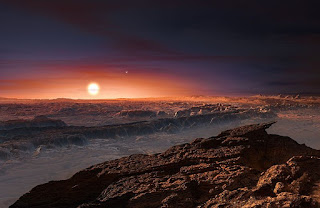 Much more about the planet should be known from a new European telescope in about five years.  But the video gives hope that the planet could be habitable.

Since the Sun will become unstable in 600 million years and kick us out, a planet around a small M Star would be stable for hundreds of billions.  In his film series Prometheus, directly Ridley Scott has suggested that aliens could colonize M-star planets as a stepping stone to galactic conquest.
The film shows a “rama” colony as an intermediate step.
If a “Clark Kent” as in the Smallville series really exists, could he come from Proxima B (as Krypton)?  Would he have the full legal rights of a human?


Picture:  hypothetical highway and city in a “micronation” on this new world.

"The Most Dangerous Town on the Internet": actually, it's several towns 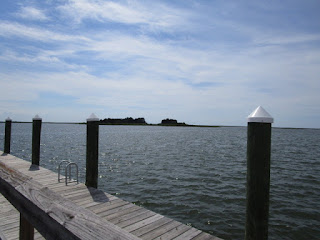 Helo films, along with Grey and Norton Symantec and director Daniel Junge present British journalist Heyden Prowse globetrotting to explore “The Most Dangerous Town on the Internet: Where Cybercrime Goes to Hide”, a 21-minute short film.


The word “dangerous” of course is also the title of a book by another British journalist, Milo Yiannopoulos, and here Prowse dominates the film with his own Milo-like cis-male charisma, as he explores data cellars set up to be impenetrable.

He starts out in Sealand, the micronation in the North Sea near Scotland, and moves on to the Netherlands, Sweden, Malaysia, and Singapore, exploring data centers that are unusually nuke-proof, EMP-proof by Faraday cage shields, and also unbreachable.  These places are indeed popular with cybercriminals on the Dark Web, but also by governments.

One issue is that cybercriminals route their transactions through several countries so it is difficult to stop them.

Toward the end of the film some specific clients, like Wikileaks and Anonymous get mentioned.  The misuse of the Internet for terrorist recruiting by ISIS is briefly explored, and the question as to whether a host should be held morally or legally responsible comes up.  That is what the Section 230 debate in the U.S, is all about. 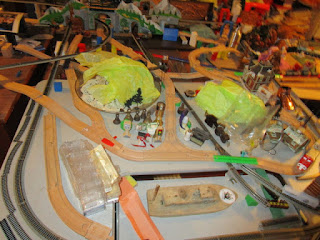 Second picture: My own little micronation.  Baby play?
Posted by Bill Boushka at 7:51 PM No comments: 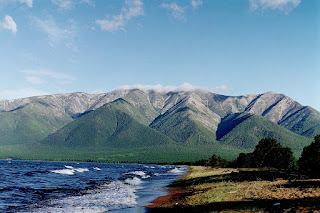 “Alone: 180 Days on Lake Baikal” by Sylvain Tesson (with Florice Tran, co-director) in a series by Teletravel, is a 51-minute documentary where Sylvain lives alone on the shares of Russia’s Lake Bailak (the largest freshwater lake in the World) like a hermit from a Thoreau book.


As the film begins he drives from Irkutsk, 300 miles, including across a frozen lake, in February, with temperatures as low as -20 F.  He reads books, writes by hand, analyzes chess positions, splits wood and lights coal fires.  Is this “doomsday prepper” stuff?

In March, as about the time the ice starts to thaw, he makes a 30 mile journey by sled to visit a couple in another cabin, a wildlife biologist and his wife.

Spring comes, the days grow long, and he enjoys frying “free fish” by the Lake.  He also has two dogs.

In late July, he rows across the lake to his car and returns.

Posted by Bill Boushka at 3:33 PM No comments:

"Transgender, at War and in Love": NY Times short about transgender USAF personnel at Kandahar 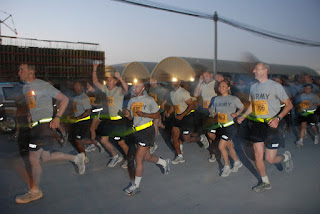 “Transgender, at War and in Love”, directed by Fioma Dawson. Is a very important 2015 short film (13 minutes) sponsored by the New York Times op-ed desk.

The film maintains that 15,500 transgender troops serve in the U.S. Armed Forces.

The film focuses particularly on the story of Logan, serving in the US Air Force in Kandahar, female-to-male trans.  His first sergeant has his back and allows him to wear male Blues.   He looks male, and is shown giving himself a hormone shot in the thigh.  (Why the tattoo on the upper surface of the forearm?)

The film also shows Daila, male to female, who has a much harder time.

As of late June, 2017, the Pentagon wants to delay allowing openly transgender people to enlist in the Armed Forces (see LGBT blog July 1, 2017).