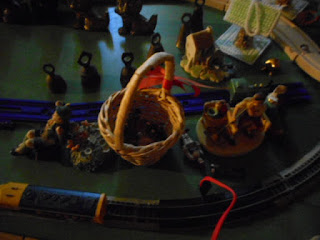 Google has a strange article today on the use of technology in detecting “gender bias” in films.

The system analyzes action and spoken time of different characters in a film to see how much prominence various characters are given.  It could be used for other markers, like race.

There has been some attention in Hollywood to racism (and sexism) in casting.

My own take is that this concern makes sense in highly commercial and obvious mass-market films. For example, this could include films based on comic books, science fiction franchises (the article mentions “Star Wars: The Force Awakens”), or animated features, especially those for children.  “Boss Baby” comes to mind (I haven’t bothered to see it, though it make the only children’s animated film showing vomiting in the previews, as if to be directed by Roman Polanski).

The concern would not be appropriate in literary adaptations, or in independent films that explore personality with respect to specific gender and/or race matters (such as a film that explores a characters own preferences or fetishes).  Likewise, in independent film, many things just will be race or gender dependent.

Still, I could imagine someone making a movie about a transgender “closer” relief pitcher in Major League Baseball.  That will probably become reality some day.

You could wonder, furthermore, if a film like “Judas Kiss” would work the same way if one of the three major characters (Danny – two actors, Shane, or Chris) was black.  The movie would work in a heterosexual world – that idea has been tried.

No question, “The Great Wall” should have cast oriental leads, because the story is set in China.