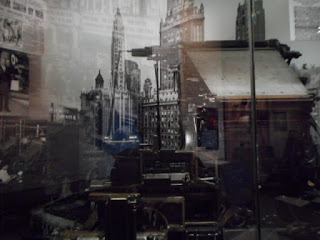 Today, I did get into the Smithsonian Museum of African American History and Culture at 12:30 PM, before the 1 PM walk-up line;  there was no wait.

There are several “films” in the museum.

The most interesting “film” was a set of 1500 interview clips in a mural on the top floor, “Question Bridge: Black Men” by Chris Johnson.  The men talk about the idea that they grow up being expected to learn the practical skills related to becoming men who can protect women and children and provide for families.  They also talk about the idea that it isn’t cool to be “smart” in low-income black areas.  They even say that being smart is equated with being gay – with not giving you family any babies.  (We can ask Jack Andraka, undergraduate Stanford cancer researcher, if being smart is equivalent to being gay.)

There are various other little theaters in the museum. There is a little victory “Double Victory” that talks about the paradox of a segregated Army during WWII, when blacks weren’t allowed to be pilots.

I can mention the 1996 HBO film “Truman”, directed by Frank Pierson, with Gary Sinese, which dramatized Truman’s integration of the military in 1948.

A few other short films were:

“Black Liberation and the Vietnam War” which really could have hit the unfairness of the draft and student deferment system even harder.  John Kennedy had once said he didn’t want an all volunteer Army because he claimed it would be an all-black Army.  Kennedy had also wanted to defer all married men.

“The Death of Martin Luther King, Jr.” in April 1968 happened while I was in Special Training Company in Army Basic Combat Training at Fort Jackson, SC.  We were on “red alert” to make a show of force in downtown Columbia.  No, we never went. 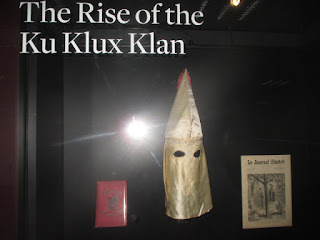 In the lower level there is a placard, "The Paradox of Liberty". 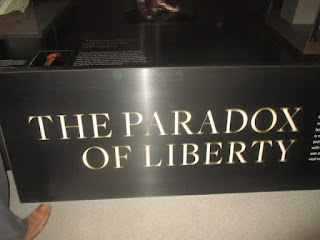