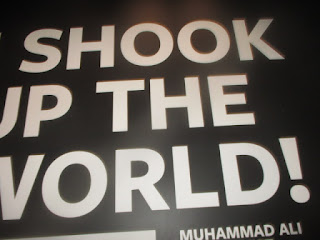 Stephen K. Bannon’s 90-minute 2010 documentary “Generation Zero” (from “Citizens United”) attracted the attention of Fareed Zakaria, who gave the link in a recent op-ed in the Washington Post “Stephen Bannon’s words and actions don’t add up”.

Bannon attempts to connect personal morality to policy and the progress of history.  But for most of the film, it really is about the “privatization of capitalism” – that is socialism for the rich, and capitalism for the poor.  Piketty would not disagree.  Call it “casino capitalism”  (or “extreme capitalism” or shareholder capitalism as opposed to stakeholder capitalism).  The end result is that most “average Joe” workers get left out (and become prime pickings for Donald Trump’s “populist” mass movement).


Bannon does begin by sketching some historical epochs, and the way people grew up with different attitudes about their own sense of personal responsibility, and openness to sharing responsibility with other generations.

The history theory involves the theory of “turning”, that is, Neil Howe’s 1997 book “The Fourth Turning”.

“The Greatest Generation” had to endure hardship (the Depression) and War, and nurtured the idea of stable social structure, through the family, where people accepted responsibility for past and future generations, and where older people in a structure were respected for their experience (and given “authority”).  The “Awakening”, from 1966-1986, saw young adults, somewhat sheltered by their parents, insisting on more individualism, becoming hippies and then materialistic yuppies. You got known or measured by the attraction you could draw to yourself, or by what you could buy.  From 1987-2007 came the Unraveling, as a result of a society that measured everything with money.  The Financial Crisis of 2008 created the Fourth turn.

But one basic problem, as Bannon presents it, that government shielded individuals from a sense of moral hazard – which led to taking enormous risks with other people’s money, pushing large mortgages on people who could not afford them, and then securitizing the debts (and then getting the bailouts -- starting on doomsday, Sept. 18, 2008).  The same idea comes across with government debt and runaway entitlements.

Bannon does not bring religion into this film.  He does suggest on a broader level that individuals need more moral compass than they have.

But it is the current “Generation Zero” of young people that will have to start over.

Right now, CU seems to prefer that consumers obtain this film from a donation site, link.here.  (I have ordered it with two other films.) The official site is here.   The YouTube link in the Washington Post article is no longer available.