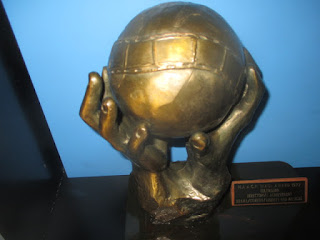 Project Greenlight is back.

First, I have to admit that I haven’t kept up with some of the recent smaller contests. I’ll have to come back to these soon (right now, Oscar-nominated shorts are on my mind).

But British novelist and now LA-filmmaker Clive Barker will offer $300,000 to help the winner of a new horror contest produce a horror film at Project Greenlight Digital Studios.  The contest is called “Real Fear”.

To enter, contestants need to provide 1-3 minute “elevator speech” concept videos, from Feb. 13 to March 17  There is a series of steps in the selection that culminates in June, as explained in Hollywood Reporter in a story by Aaron Couch.

Clive Barker’s mammoth 1991 novel “Imajica” (on the scale of “Lord of the Rings”) is supposed to be getting set up for filming as a sci-fi series.  I still think this visionary novel (with Byzantine subplots, many of them with LGBT overtures and a major transgender character Pie ‘O’ Pah, set on five worlds of which Earth is one, and finally deconstructing our hollow Heaven) lends itself to Imax 3-D treatment.  I would think a studio like Lionsgate or Summit would have noticed this opportunity before.

My screenplay “Do Ask, Do Tell: Epiphany” (set on a space station near Titan) works for sci-fi but is not horror in the sense that this contest wants.

I would wonder if the short “Augustine: Killer Toy Robots” (Oct. 29, 2015) with Reid Ewing could be expanded as a contest entry.   (I presume that the films are live-action and not animated, although I could also wonder if something with Danganronpa is possible.)  I don’t know whether concept that had been short films could be accepted.  Another idea could be to make a feature out of Carter Smith’s “Bugcrush” (Jan. 29, 2008), or, better yet, a sequel.  What did happen to poor little Ben in that final scene?