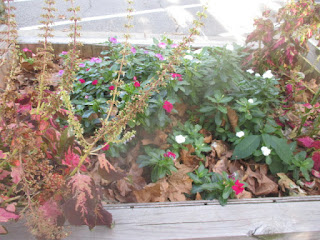 Last night, the book club in the Westover Market considered the novel “The Secret Garden” (1910), originally published in serial form, by Frances Hodgson Burnett,  Having seen the movie “counted”.  In fact there have been three films, but the best known is the 1993 British film directed by Agmieszla Holland for Zoetrope (Francis Ford Coppola) and Warner Brothers.  To the best of my recollection, I saw it in the old AMC Bailey’s Crossroad’s complex that year.  But the movie and novel has some other intermittent connection to my life.  In 1961, in the summer, I was taking “Notehand” in summer school, and we made a field trip to GW in Washington to practice notehand on a lecture on children’s literature, and I think this book was discussed.  Sometimes this book is taught in high school English (probably ninth grade).

Then, back in 1998, I went to some kind of fireworks show in Minneapolis with some other people from the Libertarian Party of Minnesota.  I think this was a separate event from LGBT festival in Loring Park.  The college student who had set up my lecture on my first book at Hamline University was there, and for some reason mentioned this book and movie.  I can’t quite remember the context. He had read Nietzsche’s “The Gay Science” but I don’t recall any connection.

The story seems to be about childhood self-indulgence, of the Rosenfels “eternal feminine” kind. A girl Mary Lennox (Kate Maberly) is growing up spoiled in a British family in India.  When she is playing with her toys, an earthquake shatters the home and kills the parents.

She gets sent back to England to live in a manor run by a distant, schizoid uncle Craven (John Lynch). But she become enamored to the wonders of the place, especially a magic garden.  She meets a quasi-disabled cousin Collin (Heydon Prouse) whose physical weakness is a bit like mine.  Is it psychological and a kind of malingering or cowardice or anxiety personality disorder?  Apparently his birth drained his mother (as did mine).

But as the movie progresses, the wonders and healing of the garden itself take over.