"The Armor of Light" looks at Christian teachings and self-defense 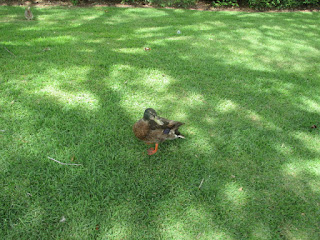 “The Armor of Light”, directed by Abigail Disney and Kathleen Hughes, is the second of two PBS “Independent Lens” films on successive evenings dealing with the area of being “Armed in America”.

The film focuses on the work of anti-abortion activist Robert Schenck, who has come to question whether the focus on self-defense and Second Amendment rights among many evangelical Christians, contradicts “the Second Commandment” (and the Sixth Commandment, obviously), as well as deeper understandings of the teachings of Christ on “loving your enemies.”

The activist has an office in Washington DC very near the Supreme Court building.

The film covers a number of controversial gun cases, especially in Florida with its “stand your ground” laws.  These cases include Trayvon Martin’s shooting by George Zimmerman, and the shooting of teens outside a fast-food restaurant by a software engineer irritated by “loud music.”

The official PBS site for the film is here  (also, Fork Films and Samuel Goldwyn). The film can be viewed on Amazon for $1 and YouTube for $3.99.

After the 88-minute film, PBS hosted a second town hall (one hour) at the Northland Bible Church in Orlando, one of the largest in Florida, with pastor Joel Hunter, hosted by Michelle Martin of “All Things Considered”., called “Faith and Guns”.  Most participants seemed to feel this was a cultural problem, that everyone has an obligation to defend the self and other family members and neighbors from unpredictable criminals and “enemies” (and that seems to contradict the Gospel).