"Peace Officer": founder of a Utah police SWAT team documents abuses by his own creation 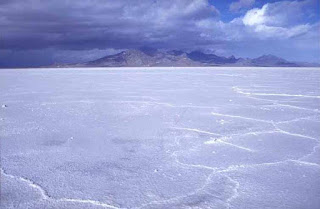 PBS “Independent Lens” is airing two related films this week on police conduct and “gun violence in America”.  Despite my own announcement yesterday, it’s more convenient to do these films here now.

Monday night, PBS aired “Peace Officer”, directed by Brad Barber and Scott Christopherson. The film (listed as 105 minutes on imdb but running 88 minutes on PBS) tells the story of former Utah sheriff William “Dub” Lawrence, who was elected sheriff in Davis County, north of Salt Lake City, Utah, in 1974.  He had to learn the job OJT. He formed one the early SWAT teams to help lead the Nixon-Ford-Carter-Reagan war on drugs. Of course, libertarianism has pointed out the fallacy, that the criminalization seems to make the practical problems worse.

Over the years, Dub started to become skeptical of the practice.  Finally, he had to do a raid where his own son-in-law was killed.

But Dub documents a number of cases where police may have not been justified by their conduct during raids, and where mistakes can lead to maiming or deaths of civilians.

In one case, police were trying to capture someone AWOL from the Army, and got the wrong house or wrong person with the same name. A deadly confrontation was barely avoided because the homeowner used only a baseball bat at the door rather than a shotgun.

A few other cases, like Matthew Stewart and Brian Wood, were examined in detail.

The film even said that in some towns in Utah, you don’t call the police.

Officers have sometimes been exonerated for shooting innocent civilians if they reasonably believe that they were threatened by a criminal in the home.

After the movie, PBS conducted a QA in Orlando, FL.

There was a case in 2014 of Darrien Hunt in Saratoga Springs, UT, which Reid Ewing has tweeted about, which was not mentioned in this particular film.

Official site is here  (Submarine and Gravitas Venuturas). It can be watched on Amazon for $6.99 and YouTube for $3.99.