"Dirty Teacher", about abuse by a rogue female high school teacher, is compelling if formulaic 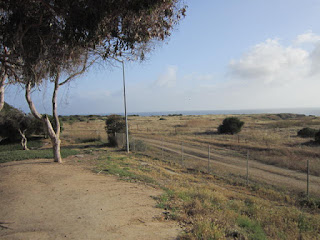 Lifetime channel film “Dirty Teacher” (2013, directed by Doug Campbell) deals with an inappropriate relationship between a high school teacher (female) and a student (mail); but this time there is no seduction by the minor and the teacher is truly evil.

Molly Matson (Josie Davis), about age 40, takes over a senior high school English class in a LA suburb as a long-term sub.  In her class are Danny Campbell (Cameron Deane Stewart), a baseball player who needs to keep his grades up to stay on the team, and Jamie Hall (Kelcie Stanahan) needs to keep her grades up to get a scholarship.  Her dad has lost his job, can’t get another one and her parents are about to get foreclosed on their upside down home. Danny has been dating Jamie, who has resisted going “all the way”.

Molly has a mental health problem from a traumatic event in her own childhood (shown in erratic flashbacks).  She starts to come between Danny and Jamie and makes a move on Danny, eventually getting into intimacy.  She manipulates Jamie’s grades to keep Jamie busy and away from Danny.  When Danny finally balks at the relationship and suddenly, as a male, feels abused himself by an older adult, a violent confrontation occurs and she runs him over with her car, “accidentally”.  Then, she tries to frame Jamie with fake physical evidence of what should be a second degree murder case.  I don’t know if this is based on a true story, but if it were it would get on to Dateline. Molly, in the end, seems to be a psychopath, rather like out of a soap opera, comparable to Theresa in NBC's "Days of our Lives."

Screenwriting teachers tell you to make the heroine’s circumstances really desperate.  Jamie breaks bail (even with the ankle bracelet) and with the help of her parents track down the organized crime ring that helps Molly hide her crime – with some cunning insights into how these rings work.  The writing of this brisk 85-minute movie seems cookie-cutter and formulaic, yet the film works and keeps the viewer engaged at the horror toward the end.

Danny, as portrayed, is about as physically attractive as a young man can get.  (OK, beauty is in the eye of the beholder.) That makes the murder scene particularly gruesome and upsetting.


The official site is here (Johnson Production Group and Lifetime).

So this film would make a distant comparison to “Student Seduction” (May 4, 2010). Lifetime consistently produces films on important social problems, especially involving women.

I played the film on Amazon Instant Play.  I could not get past a video error on any Windows machine. On the MacBook, Amazon prompted me to download the latest version of Microsoft Silverlight and then it played. Why does Amazon need Silverlight to play?