De Niro has second thoughts on pulling "Vaxxed" from Tribeca; debate on censorship of indie film ensues; my own migration of movie reviewing to a new site 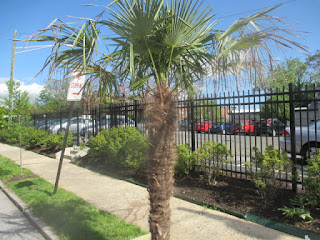 This morning (Sunday), ABC’s “This Week with George Stephanopoulos” featured a brief story about the documentary film “Vaxxed: From Cover-Up to Catastrophe” , directed by Andrew Wakefield, written with Del Matthew Bigtree.  The film purports to claim that the CDC covered up a study linking common vaccines to autism in some boys in 2004.  I have no direct way to know if this is true, and would tend to doubt it.

Robert De Niro appeared, and seemed to express some regrets over pulling the film from the Tribeca film festival in New York City for 2016.  There is an obvious claim that this is indirect censorship of independent film, by the establishment (big pharma).  A communications professor from American University in Washington appeared, and suggested that it is appropriate to discourage even amateur media projects that continuously question accepted science where there is no debate. For example, the idea that man causes climate change (Al Gore’s 2005 documentary “An Inconvenient Truth” for Paramount Vantage) is established science;  but the rate of climate change, expected rise in sea levels, and effect on severe storms or wildfires is all still worthy of deep investigation.  It would seem that the idea that fracking causes earthquakes is still worthy of investigation.

Vaccines present a public health moral dilemma. If most kids get them (and most adults for some diseases) there is “herd immunity”.  Parents who refuse to allow vaccination based on a probable hypothetical risk are depending on others to take the risk for them (sort of like the military draft in the past). One could say, “Bill, you don’t have kids, how dare you say this.”  True, I don’t face some risks personally because I don’t have sexual intercourse with women (and I haven’t adopted children or been compelled to raise any “OPC” – some people are).  But you can’t settle issues on emotion.

The film is in limited release (Cinema Libre), and will come to Washington DC May 20.

I wanted to advise visitors that in the future, my movie reviews will be done on a new Wordpress site called “Bill’s Media Commentary”. I opened this site and wrote the first post last Wednesday, May 4, 2016.  I’ll explain more about this very soon on my main “BillBoushka” blog quite soon.

Some movies business stories may still appear here from time to time, and existing reviews may be updated or corrected as circumstances, comments or new information warrant.  At this time, there are no direct plans to copy this blog to the new Wordpress site, but that could happen later.  l will provide more tools to help visitors link reviews on the two sites by common labels.