"Welcome to Leith": a white supremacist tries to take over a town in North Dakota 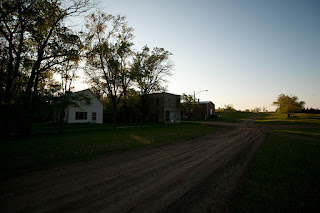 “Welcome to Leith” (2015), by Michael Beach Nichols and Christopher K. Walker, presents the attempted hostile takeover of the town of Leith, ND (in the southwestern part of the state), by white supremacist Craig Cobb, first by buying up all the property.

He did attract several followers, including a young, tattooed man who tries to rationalize the idea that Aryan white people need to have their own separate communities.  Meetings displayed the Nazi flag.  He was able to put together an “electoral majority” in the town.

When he (at least allegedly) started to threaten people with weapons, he was arrested, and spent six months in prison.

Cobb says he was considered gifted intellectually, at one time had a promising military career and possibly to be followed by the NSA.

The film (with the help of Kickstarter and influence of Erol Morris) was shot over several time intervals and covers late fall and winter months, often showing the flatness and bleakness of the landscape.

Wikipedia attribution link for picture of Leith by Andrew Filer, under CCSA 2.0  My closest visit to the area happened in May 1998, entering from the west on I-94.