"TRI": several women peak themselves for the Nation's Triathlon 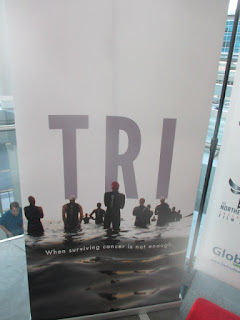 “TRI” (2016), directed by Jai Jamison, traces a few triathlon athletes during the weeks leading up to the Nation’s Triathlon in Washington DC , held around 9/11, as a benefit for leukemia and lymphoma research (a “cure”).

The principle characters are women, played by Jensen Jacobs and Shara Barton among others. They have supportive husbands or boyfriends, whose participation is somewhat secondary.  The events include swimming, cycling, and marathon-style running.  The training gets graphic, with the women vomiting sometimes, or collapsing on the track.

The culture of the event is psychologically intense.  Some of the men (but not all of them) seem to be into complete arm, leg and chest shaving to “peak” or eliminate hypothetical wind or water resistance.  I recall a People’s Magazine print issue in 1990, “Cycling’s best legs”, in the winter, oddly – the boys’ legs and the girls’ legs were the same.  So it is here. 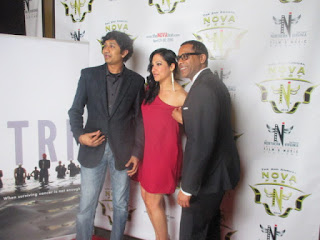 The racing scenes are shot in Washington DC (on the Mall and around the Tidal Basin), in Luray Virginia, in Occoquan, and around Leesburg and the Route 9 back road through northern Loudoun County, VA that leads toward Harper’s Ferry.

There is a secondary subplot involving two patients getting advanced radiation treatment at Sibley Memorial Hospital, which is in NW Washington DC (on MacArthur Blvd).

The film appeared to be shot in HD video, but was projected on a very large, curved screen at Angelika Mosaic, at a screening Tuesday night (April 26) at the Northern Virginia International Film and Music Festival .  The show sold out, in a very large auditorium.  There was an after party at the Brine, where raw oysters or shellfish are scraped and served, among other items. 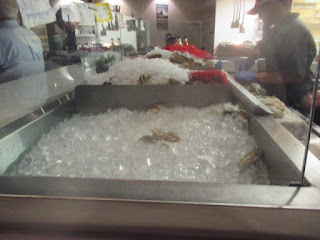 Since the film benefits lymphoma and leukemia research, I’ll mention that Maryland Governor Larry Hogan (R) is in complete remission from lymphoma, according to this story.

Since Jack Andraka (now at Stanford) has done work on pancreatic cancer similar in scope to the cancer benefit presented in this film, I’ll give the YouTube on his website as another short film here. See Book review of his "Breakthrough" March 18, 2015 -- would that make a documentary feature?  Another related item is Tom Foreman's "My Year of Running Dangerously" (Feb. 1, 2016), books.