"The Seminarian": a closeted gay ministry student questions the foundations of conventional Christianity 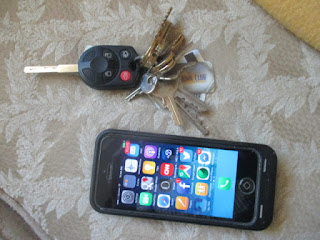 “The Seminarian” (2010), directed and written by Joshua Lim, is a quiet drama, often in monotones, that builds up, nevertheless, to a crisis in faith for the protagonist, a (California) master’s program closeted gay theology student Ryan Goodman (Mark Cirillo).  The lento pace of the film will be apparent in the opening scene: a cell phone ringing, next to car keys.

Ryan has to deal with an overprotective but supportive widowed mother (Linda J. Carter), who doesn’t quite get the fact that she may not have a lineage.

The film takes him through a few relationships and encounters, particularly with Bradley (Eric Parker Bingham), with whom he plays some annoying Snapchat tag (I just don’t get into this).  One day Bradley is in jail, having been picked up by the cops for DUI after leaving a disco. “Guys with DUI’s are just not that desirable,” Bradley says.  I thought about the way buddies used the word “desirable” – so judgmentally – back in my Army days in 1969.

A female character Kelli (Jessica Kemejuk) pesters him about the foundations of his faith (like accepting original sin), while the dean (who believes in “don’t ask don’t tell” for gay pastors) pesters him about getting his thesis done in time.  He finally does that, and his conclusion is shocking. “God Curses Us” is the title.  He writes, love implies relationships, which in turn implies the need for forgiveness, which means forgiving God.  Ryan calls conventional faith as comprising “senseless beliefs with elaborate pontifications”.

Ryan is quite likable and gentle, and the film builds up to one big encounter with another boy friend at the end, who doesn't trust that he is really "done" with Bradley. Jealousy is so silly.

I think the script had one veiled reference to "Love and Action", which was an AIDS "charity" a couple decades ago that seemed to be anti-gay.

The DVD has an interesting interview of Cirillo, where he explains the audition (which sounded like the way my 2002 script “Make the A-List’ starts) and the intensity of shooting the film as a lead. There is also an “Atlantis QA”.  Cirillo is critical of his character’s belief that he can’t feel love unless he is in a relationship;  that’s a “chicken and egg” problem.

The official site is here (Breaking Glass Pictures).  The DVD is available from Netflix.