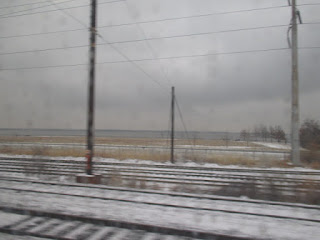 Today, Netflix issued on instant play the Tribeca documentary “Team Foxcatcher” (2016), directed by John Greenhalgh, telling the true story of John Eleuthere du Pont, who created his “Foxcatcher farm” on his estate in SE Pennsylvania, and then shot and killed friend and wrestler Dave Schultz on Friday, January 26, 1996. The film can be compared to the drama film “Foxcatcher” reviewed here Nov. 24, 2014.

The narrative of the film is pretty well captured by an article in People Magazine by Nicole Weisensee Egan, here. Du Pont had been engaging in bizarre behavior before the crime (like driving a new Lincoln Continental into a pond), and would be convicted of third degree murder, found to be mentally ill but sane.  He would die in prison in 2010 at the age of 72.

The film notes that Du Pont had a very distant relationship with his own father had had no one to love him. He would make some things more personal, as in the scenes where he plays at wrestling himself.

The film has many interviews with wrestlers and other principals including Mike Gosligan, Ray Wilson, Dave Steane, Ed Giese, Dan Clune. Defense attorney To, Bergstrom and prosecutor Joe McGettigan, as well as police department members (who had sometimes been invited to the “farm” to practice) often speak.

The film has a couple of scenes of small children playing nude, which surprised me in a commercial film.

The music score has some Vivaldi string music, but an odd waltz that sounded like Satie toward the end when covering the final tragedy.