"Take Me to the River": a gay teen is confronted by unimaginable challenges at a family farm reunion 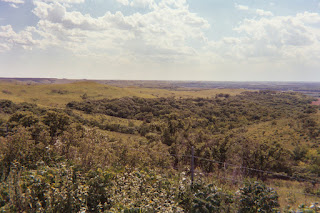 The drama setup of a teen coming of age while living on or just visiting a farm can generate a lot of strange mysteries.  Indeed, the drama film “Take Me to the River”, by Matt Sobel, reminds me of another film set in Nebraska about a family secret, “The Truth About Tully” (2000, Hilary Birmingham), a hit at a festival in Minneapolis then. It also reminds me of the last story my own “Do Ask, Do Tell III” book, “The Ocelot the Way He Is”, where gay characters interact in a bizarre road trip to an intentional community while the regular world is about to fall apart. 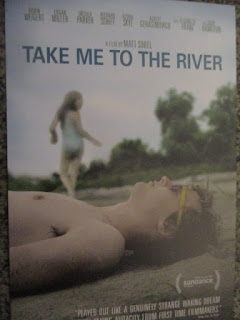 The set-up is that a California family with a mature gay teen Ryder (Logan Miller, who may look even a bit too young), a Jewish dad (Richard Schiff) and over-protective mom (Robin Weigert) visits their extended family on a huge Nebraska spread. Ryder wants to come out and be honest, but dad says, this whole event isn’t about “you”, it’s about family, as if quoting Rich Warren’s “Purpose-Driven Life”.  But Ryder shows off with scarlet short shorts and a deep v-neck (no hair, of course). The story will be told largely through his eyes (which seem to require snazzy sunglasses for clear vision).

Problems ensue when his 9-year old cousin Molly (Ursula Parker) starts teasing him.  She insists that he play babysitter as they visit the barn, and she asks that he lift her up on his shoulders to reach an old bird’s nest.  Now, this sort of thing happens even at church youth camps, where kids are learning some level of intimacy appropriate for a caring community. But Molly, climbs all the way up, and is just old enough for her first period, and a resulting accident showing as a bloodstain.

The film then focuses suspicion on Ryder for abuse, which is a bit ironic, and confounding to him and his mom.  You wonder if police could be called.  But the film doesn’t go that way. There is an odd reconciliation of sorts, which even more ironically lets us explore the rural family’s gun culture, among other things. But even that is a false lead, avoiding tragedy and keeping suspense.

It seems that Molly will tempt him again, into a swim in the river, after a horseback ride. (In my own story, the character move around the ashram by bicycle.) Molly can try her dangerous experiment again. Then there is even some chest pasting.

Still, there needs to be a payoff in the film, deep in the family (e.g., “Tully” above).

The cinemascope and outdoor scenery is effective, although sometimes there is some choppy editing continuity within scenes.  And there is a tendency for scenes to end abruptly just as something becomes critical.

The idea that adults can be "set up" by minors occurs in my writing, which led to an incident when I was substitute teaching in 2005.  (And subs can find themselves in situations with special ed kids with surprising needs for forced intimacy.)  I've explained that in my DADT III book, and the subtext is a back story in my screenplay "Epiphany".

I saw the film before a fair audience Sunday night at Landmark E Street in Washington.