"Poverty, Inc." presents a view of overseas charity: let the people help themselves first, with the right systems in place 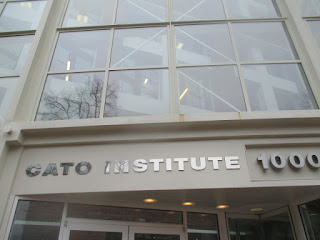 The premise of the film is that the “generosity” of the charity establishment undermines the ability of people in poor countries to produce for themselves.  What makes people remain poor is in large part lack of access to the systems that normally raise standards of living, starting with law and order, along with financial systems and other processes we take for granted in the west, including physical infrastructure.

The film purports to examine the “hidden side of doing good.”  When free food subsidies are given to people in poor countries, then their own farmers lose markets and then, when the erratic subsidies stop, there is no food produced at all.  It would be better to set up systems for people to produce their own goods.

The film concentrates on Haiti, Kenya, Rwanda, Bangladesh, and Peru.  It also gives some history of the many international relief organizations, dating back to the end of WWII.  It gives examples of some specific company drives that went wrong, such as Toms shoes.  Former president Bill Clinton admits he was wrong in supporting massive gifts of crops overseas, even if good for American farmers.  The imagery of the slums in Kenya were as graphic as I have ever seen.

Of particular interest was the development of orphanages in Haiti after the 2010 earthquake.  The parents of most of the kids were still alive but unable to support them.  While adoption is being pushed and encouraged, it would be more morally appropriate to return the kids to their parents with the parents having jobs or small businesses.  Is the need for adoptive parents as great as purported if this were handled locally with better policies for the people?  That could even bear on the question of gay parent adoption in the US.

Weber, in the QA, emphasized that the proper focus should be on the people themselves, not on the narrative of our charity bureaucracy.  We shouldn’t be pimping the idea that they aren’t “good” enough to help themselves.

Of course, the lack of infrastructure and poor governance is largely the result of European colonialism.

I did bring up the idea, in conversations at the reception with Weber, that some faith-based charities try to sell the idea of sponsoring individual children overseas (which is not the same as adoption, but which could lead a child to think she has a parent).  Sometimes charities have pushed this idea aggressively on Facebook, even tagging people who have not consented to become sponsors.  Weber seemed to think that "sponsorship" was not itself an ethical practice.

Vox has an interesting article by Zach Beauchamp on why the far Left (Bernie Sanders) gets it wrong on what really helps poor people overseas,

The official site is here. The film is available on Amazon instant and on iTunes.