"Nothing Left Unsaid: Gloria Vanderbilt and Anderson Cooper" on HBO 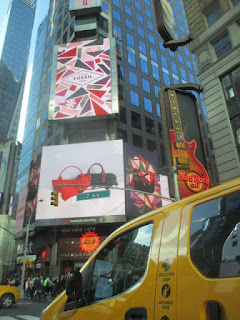 “Nothing Left Unsaid: Gloria Vanderbilt and Anderson Cooper” (2016), directed by Liz Garbus, appeared on HBO Saturday April 9, 2016.  The source material is “The Rainbow Comes and Goes: A Mother and Son on Life, Love and Loss”, as well as an earlier memoir “Once Upon a Time”.

Anderson interviews his 91-year-old mother, and famous fashion designer, dressed in green, purple and red, in her Manhattan home, where she goes downstairs every day to work on her painting and art. She looks younger than her age.

The film covers the early history of her life, and the scheming to get her out of Paris to New York, and her first marriage.  She was the “poor little rich girl”, at one point getting tabloid attention over the custody battles (her mother was accused of lesbianism).  It covers her first wedding, and then somewhat ploughs through the second  marriage, which led to children ( to conductor Leopold Stokowski),  and then a third marriage to Sidney Lumet, but spends the last half of the film on her marriage to screenwriter Wyatt, and her two sons by the marriage, Carter and Anderson Hays.

The film slows down and gives a detailed history of Anderson’s family. Wyatt would die of heart disease (literally in the middle of bypass surgery) at age 50 when Anderson was 10.  Carter would develop various problems, some related to asthma, leading to his suicide by jumping in his mother’s presence.

The film does show some early shots of Anderson in his 20s working as a combat journalist.  This would be quite interesting if expanded.  He seems to have regarded in part as a way of paying his dues.   Anderson says he became quieter after his father’s death, and that he learned moral compass from his father, relative to a privileged upbringing.  Anderson barely mentions his own being openly gay.  It would be interesting to know how this played out when he worked overseas in unstable countries.  Anderson says he has considered becoming a father (by adoption?) but doesn't think he could continue the career he has and function as a father as well as his own dad did.

The film shows how interview-based documentary (this running 108 minutes) can work.  There are many still photos of old New York and old Paris, and many cute drawings, based on the style of Gloria’s own art. It’s possible to make documentary interesting with mostly interviews and still shots of locations.

For today's short film, view "A High School Student Takes on Pancreatic Cancer", an animated look at Jack Andraka's early detection test for the deadly tumor (from Upworthy), with some emphasis on how the idea came to Jack in an AP biology class, connecting the dots.  .