"Everybody Wants Some", but Blake Jenner's character as a freshman baseball pitching prospect keeps his head on straight 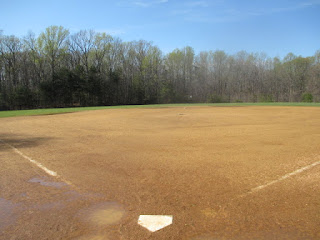 Blake Jenner plays Jake, a baseball pitching recruit entering college in Texas, negotiating his first week on campus before class starts, getting along with his riotous teammates in a frat house. “Old School” (2003, Todd Phillips) comes to mind.

Jake seems to have the trimmest bod of all, and seems to keep his head on his shoulders while getting along with and outsmarting his buddies socially.   Of course, we all know what that “some” is (intercourse).

His main nemesis seems to be McReynolds (Tyler Hoecklin), whom he outsmarts, beating him at ping pong by merely keeping the ball on the table and letting the opponent beat himself with missed slams (I’ve done that).

The baseball practice doesn’t start until late in the movie.  McReynolds actually gets a double off him, but Jake’s clearly the most likely player to make the big leagues (and become as good as Max Scherzer or Jacob deGrom).  Jake becomes as likable and dominant a character as did Mason in "Boyhood".  Linklater wants young men to turn out well.

Hoecklin was the likeable baseball prospect in the WB series “Seventh Heaven” over a decade ago.  I remember all the breakdowns over his character’s father’s service in Iraq.

The official site is here (Paramount and Annapurna).

Blake Jenner is of no relation to Bruce/Caitlin Jenner.

I saw the film before a fairly robust audience Saturday afternoon at Angelika Mosaic in Merrifield VA.