"Dream On": film directly based on Welsh play about gay teens 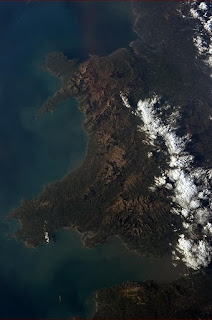 “Dream On” (2013) is based directly on the play of the same name by Lloyd Eyre-Morgan.  At a summer camp in Wales, two ambitious teens, Paul (Bradley Cross) and George (Joe Gosling) meet and fall in love.  George has dreams to go to Australia and start a disco (despite the fact he is way to young).  Paul is a little steadier, with a retail job as well as school, and a dominating mom Denise (Janet Bamford).

The boys make an agreement to meet the next year.  When George doesn’t show, Paul tracks him down in London, and the relationship resumes and grows, to the horror of Mom, who now has heard about AIDS. George, however, will have a different fatal medical problem, leading to alcohol poisoning.

The dialogue is sometimes hard to understand, but the film picks up steam as the relationship grows.

IMDB says that the film is shot 1.33:1, but in fact the DVD gives us a film in 2.35:1.  The DVD has an excerpt of two scenes directly from the stage play, with the same cast.

The official site is here.  The DVD is available from Netflix.