"Autism in Love": people who appear to have Asperger's Syndrome negotiate romance 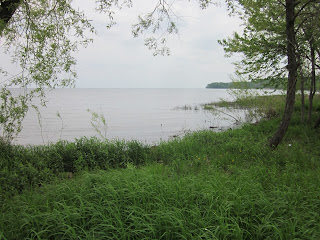 “Autism in Love” (2015) by Matt Fuller, in 75 minutes, traces the lives of several autistic young and middle aged adults, particularly as they try to negotiate relationships and romance (in this film, the relationships were heterosexual).  One of the subjects is a woman; but autism is more common in men.   This is not quite "Shakespeare in Love" (1998).

The film does not separate out Asperger’s Syndrome, which usually leads to a much better occupational functioning than possible for people with much more severe presentations.  But most of the people in the film seemed to have Asperger’s. The late Gode Davis, who passed away in 2010 while trying to complete “American Lynching” had shared a lot of his own perspective on being a filmmaker with Asperger’s.

The film describes its characters as not having the usual “antennae” (oddly, the name of the first piece in Timo Andres’s piano suite “Shy and Mighty”) for social signals that most people have.  There is a lack of spontaneity in their communications.  (One thing you notice with young actors who are successful in film, in all of their interviews and works – is the naturalness of how they communicate.  In “Judas Kiss” no one has any Asperger-like issues;  but in “The Dark Place”, the character Keegan might, but he still outwits everyone with his unusual gifts.)

Toward the end, one of the more successful characters actually proposes marriage (that’s Dav3 and Lindsey).  Earlier, Dave has articulated his checklist, “LTC”, or “looks, how I am treated, and character”.  There was a feeling that he could give every person a composite “grade” or “score” that could rank anyone, as if in a mathematical well-ordered set.  I remember a conversation like this in a car when I was doing heterosexual dating back in 1971 (who has “the looks”, who has “the personality”).

Another person is already in a marriage with a wife in chemotherapy, who says she is better off being married to someone with autism, because he would be ironically better to maintain a level of romance.

But still one of the other character was quite troubled. He said he would rather have been born normal, like other people, than have a lot of money.  He even said of others, that “they’re higher than me”.  He can’t have a job or a car.  He says he wouldn’t want to marry a woman who was higher than him, with a job (the antithesis of “upward affiliation”).

The film is available on Netflix Instant Play but was shown on PBS Independent Lens on Jan. 11  Much of the film appears to be shot in Minnesota, around the lakes and in St. Paul (I lived in Minneapolis 1997-2003).

People say that I have Asperger’s, but I grew up in a 1950s culture were being “different” was seen through a moral lens, because I could be perceived as a drag on other people in the community, by not sharing their risks.  So I tended to see others through the same moral lens. Sometimes people with mild autism are more calculating and risk-aversive than “normal” people; this may keep them from getting into trouble.  Mild autism or Asperger’s could even be a desirable genetic modification for some environments.  Look at who found Facebook (Washington Post story ).  Some people see Asperger’s as a condition of cats when compared to dogs.