"Altar": a self-mocking road horror film set in the "High Sierra" that challenges past classics in the genre 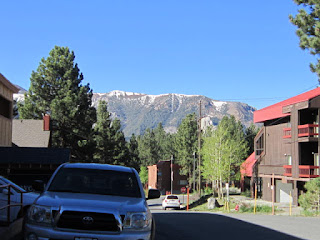 Last night, director Matthew Sconce premiered his new road horror film “Altar” at the Northern Virginia International Film and Music Festival at Angelika Mosaic in Fairfax VA.  He used a post-production cut (marked “secure screener” in spots) and the film might be altered slightly before submitted to distribution or to other festivals.  A DVD could have more than one ending.  The Sierra Nevada forest scenery was impressive, but a few scenes looked a little overexposed.  The primary location seemed to be around Bass Lake , on the west side of the Sierra (closer to Freso;  I happen to know the US-395 side and Mammoth Lakes, as well as Tahoe and Reno areas better myself, but I think I was around Bass with Army and grad school friends in 1971.) 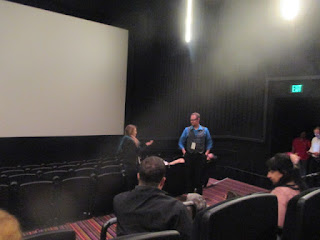 The style, suspense and effect of the 84-minute self-mocking (heterosexual) film are gritty.  I’m reminded not only of “The Blair Witch Project” (1998) and “The Last Broadcast” (Stefan Avalos and Lance Weiler, 1998, about the “Jersey Devil”), but also of a couple of gay suspense classics, especially “Bugcrush” and “The House of Adam”.  Don't forget Humphrey Bogart in the 1941 classic "High Sierra".

The setup is that a number of post-college students, mostly straight unmarried couples in their early or mid 20s, go on a camping trip into the woods and get lost, encounter a dangerous woodsman, and then a bizarre religious artefact. It’s not too much of a spoiler to say that touching anything around the altar has consequences, maybe as bad as touching plutonium.  Also on the trip are a woman and a young autistic brother Bo (Jesse Parr).  Other cast includes Deep Rai, as Ravi, driver and owner of the car which overheats, Tim Parrish, Johnny Soto, Brittany Faiardeau and Stefanie Eestes.

The film starts with a prologue, which is almost its own short film (“Schumacker”).  Six months before, a bridal couple rents a suite for Christmas in the woods in a posh hotel, and goes out in the woods, never to be found.

The film gets a lot of mileage out of little things.  What’s more terrifying than losing your car keys in the woods?

The script is talky, with characters often talking into the camera in mockumentary style, and often the speaker seems to be Bo (whose part in the denouement may be controversial).  The action morphs from a kind of comedy into real horror in the last twenty minutes, especially at the end.  Is everyone really doomed?  Can anyone or anything save them from themselves after their “disobeying the rules” and committing original sin in a garden of Eden? 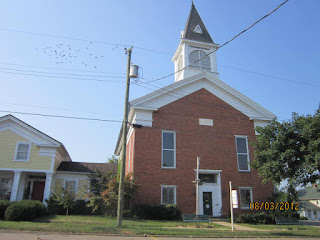 “A Way Out” (by Jason Tostevin, 14 minutes) put a goon and a fibbie on a car driving around Columbus, Ohio (homage to John Kasich), each testing the limits of the other. Shades of John Grisham, maybe.

Here's a bonus pic of me, appropriate for a horror movie.