"Whiskey Tango Foxtrot": Paying your dues with conflict journalism is not SNL material 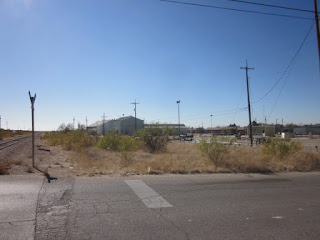 Comedy set in war zones usually doesn’t work for me (although “Mash” did back in 1970). But you can get serious with “Whiskey Tango Foxtrot” (2016), directed by Glenn Ficara and John Requa, written by Robert Carlock, adapted from the book “The Taliban Shuffle: Strange Days in Afghanistan and Pakistan” by Kim Barker.  I don’t know whether the title of the book was inspired by Kathryn Bigelow.

Tina Fey, well known for comedy on SNL, stars as photojournalist Kim Baker (last name change).  Back in 2003, the cable news reporter is invited to pay her dues as a conflict reporter because she is childless and unmarried.  But that’s how you become credible big time is to take the risk.  Bob Woodruff did it.

Once there, she is shocked to live in such primitive quarters, almost like a soldier, but soon comes to love the job, and even the wild parties.  She befriends Australian journalist Tanya (Margot Robbie) and Scot Iain (Martin Freeman) and deals with the antics of the Marine commander (Billy Bob Thornton). Photographer Tall Brian (Nicholas Braun) is cute and gets it in a party.

Eventually business concerns will lead to incentives to pull her back, but this is when she has an opportunity to step up, and manipulate an Afghan businessman into swinging a deal to release a kidnapped journalist.  When she returns, she meets, on a farm in New York State, with another ex-Marine (Evan Jonigkeit) who lost both legs to an IED, after he was reassigned because of her work.

I saw the film today in the largest auditorium in the AMC Shirlington, before a nearly sold-out crowd, in an auditorium that does use the entire curved screen space, but the film is shot in regular 1.85:1.   The film was shot in New Mexico and Morocco as a substitute for the real location.

The official site (Paramount) is here.